December 10, 2019 (Smithfield, RI) –Neighborhood Health Plan of Rhode Island (Neighborhood), a not-for-profit health plan founded to serve Rhode Island’s at-risk populations, is celebrating an important milestone this month: 25 years of providing health care services to the underserved. In December 1994, after a year of planning by the state’s original 14 community health centers, Neighborhood began serving its first 1,490 members – under resourced mothers and their young children. Today, Neighborhood serves approximately 195,000 members, or one in five Rhode Island residents, ensuring access to health care services for the state’s most at risk populations, as well as individuals, families and small businesses who purchase health insurance through HealthSource RI, the state’s health insurance marketplace.

Last week, at its new offices in Smithfield, Neighborhood honored those who have played an important role in its history and celebrated its community partners during an open house. The event capped off a series of events that have taken place over the last few months aimed at celebrating Neighborhood’s 25th anniversary and 19th consecutive year of distinguishing itself as one of the country’s only health plans to achieve “excellent” Medicaid accreditation status from the National Committee for Quality Assurance. 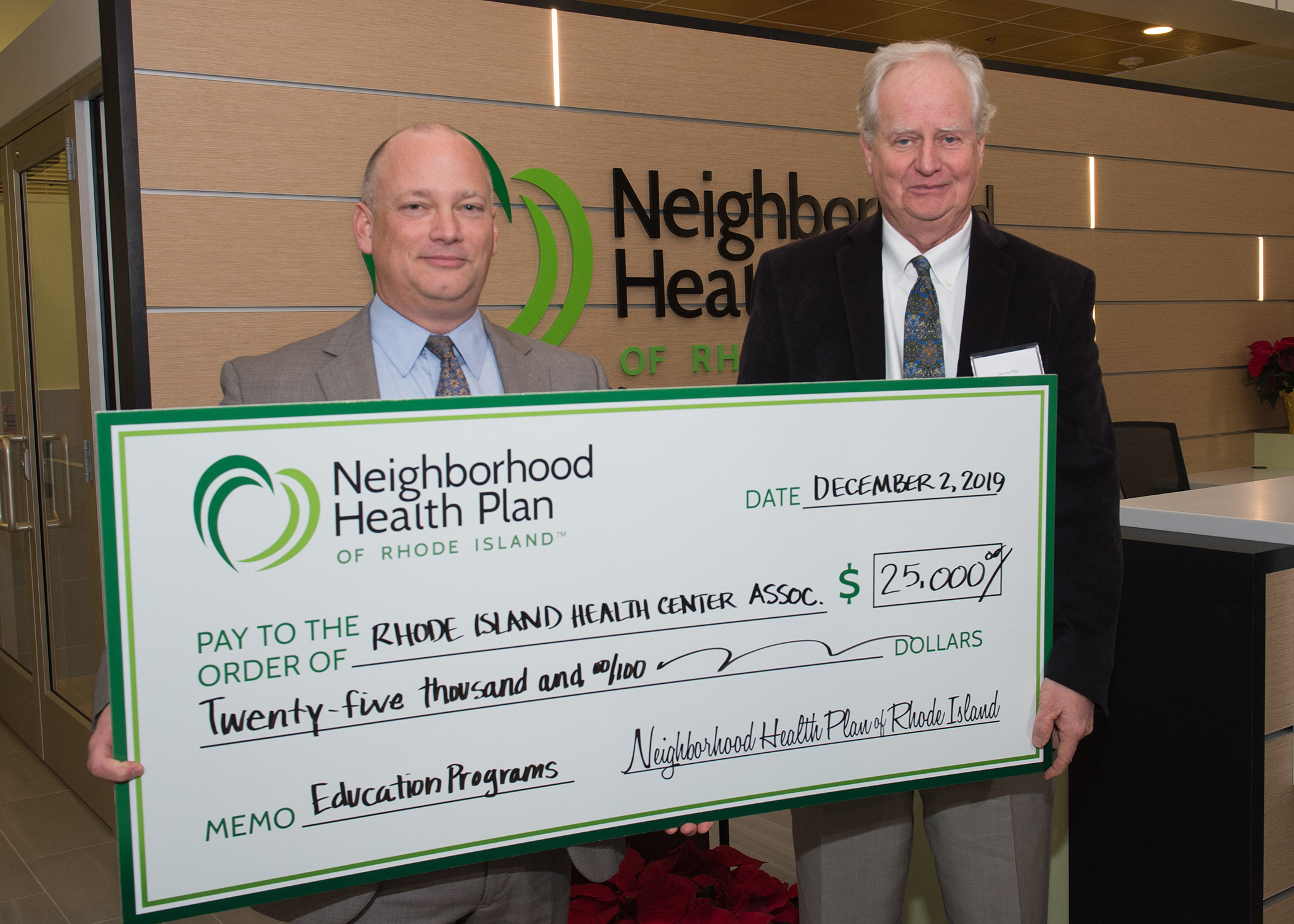 “We’ve come a long way since our founders started having conversations in the basement of the Department of Health about creating a health plan for Rhode Island’s at-risk populations,” said Peter Marino, president and CEO of Neighborhood. “While much about the health care landscape has changed over the last two decades, one thing that has remained a constant is our steadfast commitment to our members and mission. We’re so proud, after all these years, to continue delivering on a mission that ensures every individual in the state has access to affordable, high-quality health care services. The dedication of our executive board room to our founders is a small token of our appreciation for their foresight 25 years ago.”

Peter Bancroft, one of Neighborhood’s original founders and current chairman of Neighborhood’s board of directors, said, “It really did take a leap of faith to get Neighborhood off the ground 25 years ago. In those early years, it was really a struggle, but we had a vision for a health plan to serve the underserved and that vision and purpose really drove us. It’s why Neighborhood remains strong today – caring for our most frail and underserved neighbors who receive primary care services, and in some cases dental care, at community health centers across the state. On behalf of my fellow founders, it’s an honor to be recognized through the dedication of the board room. I’d also like to thank Neighborhood for remaining true to our mission.”

Following the board room dedication, Marino presented the final donation of its 25th Anniversary Charitable Giving Program. The $25,000 donation to RIHCA is regarded by he and his leadership team as an effective way to advance the vision of community health centers as models for the delivery of high-quality, cost-effective primary care and the building blocks of community health in their respective communities.

Jane Hayward, president and CEO of the Rhode Island Health Center Association for nearly 13 years and vice-chairwoman of Neighborhood’s board of directors, said, “I was delighted when Neighborhood advised me about this contribution. The funds will allow us to continue our mission of supporting Rhode Island’s community health centers through programming based on their needs, as well as host lectures and trainings on topics important to advancing clinical knowledge and understanding changes in regulations and policies.”

Celebratory initiatives leading up to Neighborhood’s 25th anniversary have included a range of meaningful activities, including the launch and rollout of a 25th Anniversary Charitable Giving Program, a series of summer “pop-up” events which brought frozen treats to the staff and patients of the state’s community health center partners, and a 25th Anniversary Rally held in October during which Neighborhood leaders and staff formed a giant 25 in their front parking lot, broke out into a flash mob-style dance to “Celebration” by Kool & The Gang, and presented two Rhode Island non-profit organizations with donations. Additionally, Neighborhood launched a social media series, 25th Anniversary Fun Fact Fridays, beginning in September and scheduled to run through the end of the year, with the aim of sharing fun facts and figures about Neighborhood’s history.

Highlighted below are key milestones around Neighborhood’s history.