Results of our most recent Provider Satisfaction Survey completed in July 2015 indicate that overall satisfaction with Neighborhood is strong, with nearly eight in ten (79%) respondents saying they would recommend Neighborhood to other physician practices.

Surveying provider satisfaction annually allows Neighborhood to gauge its network providers’ satisfaction with services performed by the Plan. The survey was administered externally by Symphony Performance Health Analytics (SPHA), ensuring a confidential mechanism by which providers could report on their experiences with Neighborhood. 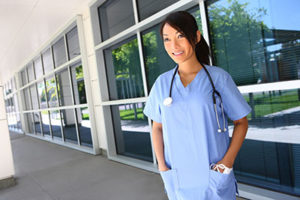 We surveyed 921 network primary care physicians (PCPs) and medical specialists between May and July 2015, and 25% responded via mail, telephone or the Internet. We listened to providers and shortened the survey tool from 87 to 49 questions. Respondents were asked to rate Neighborhood compared to other health plans they work with on a five-point scale: well above average, somewhat above average, average, somewhat below average or well below average.The survey results reveal strengths as well as some areas for improvement:

A number of interventions have been implemented in 2015 to improve provider satisfaction:

Neighborhood’s next Provider Satisfaction Survey will be administered in the spring of 2016.